New in Theaters:
Making the Boys 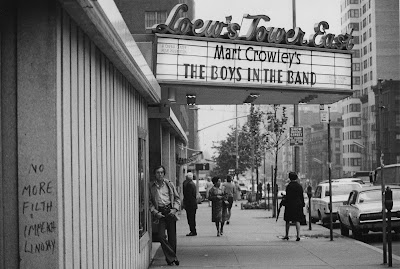 Timing is everything, especially in the arts. The premiere of Mart Crowley’s groundbreaking play The Boys in the Band was perfectly timed at the crackling nexus of late-1960s liberated sexuality and drama. Its 1970 film version, though, had the bad fortune to open in the aftermath of the Stonewall riots, when people were less-interested in stories about (supposedly) self-hating gays. That’s the story, at least, that Crayton Robey’s thoughtful but slightly over-indulgent documentary tries with limited success to disprove…
Making the Boys opens tomorrow in limited release. You can read the full review at filmcritic.com.