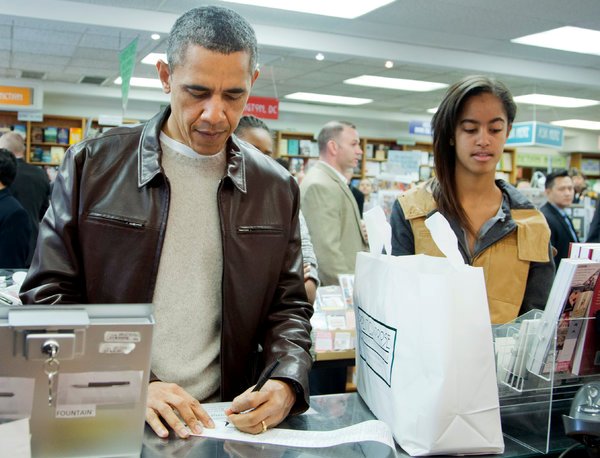 Peter Baker, one of the Times‘ more prolific and thoughtful chroniclers of goings-on in the nation’s capital, published an interesting piece earlier this week on Obama’s reading list. He keeps the psychology to a minimum, fortunately, but does find a few things to parse out here about the president’s personality and how it’s reflected in his choice of reading material:

Unlike many of his predecessors, who devoured American history and biographies, Mr. Obama’s tastes lean toward the literary, in keeping with a man whose first memoir deeply explored issues of race and self. While Mr. Obama has read his share of Abraham Lincoln, he seems more intent on breaking out, mentally at least, from what Harry S. Truman once called the crown jewel of the American penal system.

Dubya, for instance, was particularly fond of the biography, reading some 14 books on Lincoln while he was in office. But the current president has more of a literary taste, not surprising in a man who first came to national attention for his facility with the written and spoken word.

Here’s some of what Obama’s been reading of late: