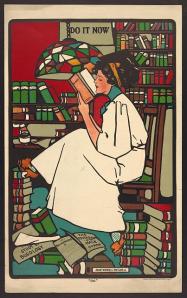 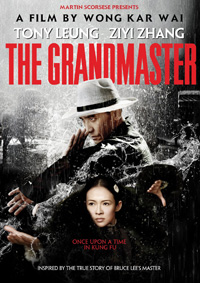 The great Hong Kong romantic Wong Kar Wai (In the Mood for Love) hadn’t completed a feature film since 2007’s misfire My Blueberry Nights. So it was pretty good news to hear that his latest film was going to be a classic martial-arts extravaganza, reuniting Tony Leung and Zhang Ziyi with The Matrix choreographer Yuen Wo Ping.

The Grandmaster, which received well-deserved Oscar nominations for cinematography and costume design, will be released on DVD and Blu-ray next Tuesday. My review is at PopMatters:

“Don’t tell me about your teacher,” says Ip Man (Tony Leung) at the start of Wong Kar Wai’s dreamlike heartbreak of a kung fu film, The Grandmaster, “or brag about your style.” Using that same steady humility flecked with a hint of the sardonic that’s made Leung such a crucial counterweight to the Hong Kong school of overkill filmmaking, he preemptively bleeds the hot air out of what’s to follow. This is a good thing, because that scene is intercut with the already-legendary scene in which Ip Man faces down a dozen or so adversaries in pouring rain. He dispatches them all with practiced ease but not a whiff of arrogance, just as the real Ip Man’s student Bruce Lee would do on film decades later… 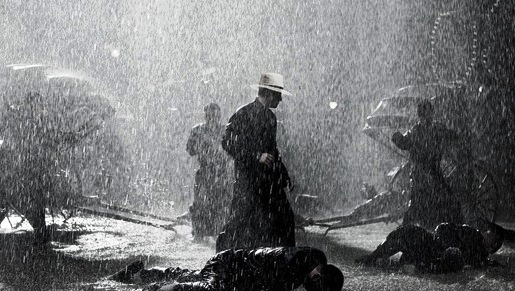 William Faulkner said a lot about drinking; which makes sense, given how much he wrote while drinking. As he once noted:

You see, I usually write at night. I always keep my whiskey within reach; so many ideas that I can’t remember in the morning pop into my head.

For all those wanting to know what the man’s favorite tipple was, it’s simple: Whiskey. Any kind. And here’s his preferred way of taking it (your basic mint julep, simple): 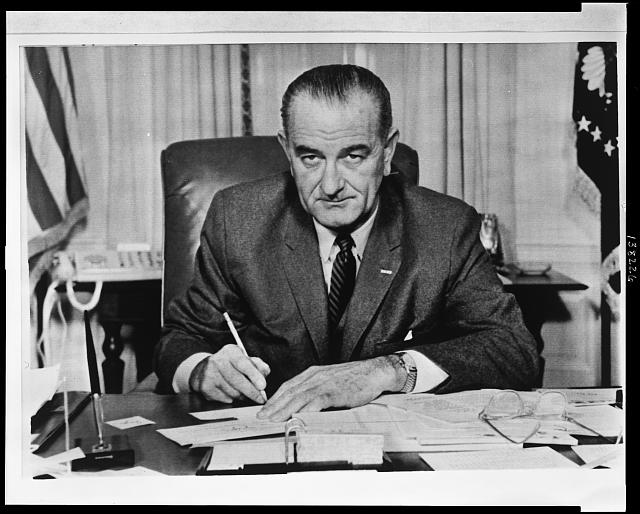 These rules might be tough to follow for those of us who are not leaders of the free world, but many are just plain good sense.

Every writer knows the pain of procrastination. Just about none of them know the answer to this question: Why do we put ourselves through it? By and large writers know exactly when they have to turn in their article/book/whatever and nearly everything about it (word count, tone, subject). And yet, time after time, deadlines are treated as little more than tissue paper-thin suggestions to be brushed aside at the last minute when work has finally (maybe) begun.

It’s a ridiculously neurotic cycle, and apparently impossible to break out of.

Megan McArdle’s “Why Writers Are the Worst Procrastinators” tries to make some sense of this fundamentally illogical and self-defeating behavior. One anecdote she provides seems a fairly typical scenario:

I once asked a talented and fairly famous colleague how he managed to regularly produce such highly regarded 8,000 word features. “Well,” he said, “first, I put it off for two or three weeks. Then I sit down to write. That’s when I get up and go clean the garage. After that, I go upstairs, and then I come back downstairs and complain to my wife for a couple of hours. Finally, but only after a couple more days have passed and I’m really freaking out about missing my deadline, I ultimately sit down and write.”

McArdle’s article spins off (too little, too late) into theories about overpraised millennials not being able to cope without constant feedback and structure. But before she gets to that, her theories about the roots of this procrastination—mostly rotating around the idea that many writers have an uncommonly intense fear of being unmasked as frauds, thus adding to the fear of actually writing something that could give evidence for that—are sound.

Not that that will do anything to help somebody finish that article on time. There’s always email to check, friends to write, drinks to make… 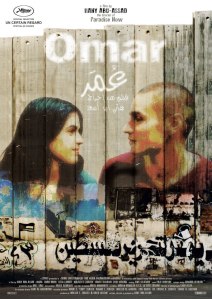 In the Oscar-nominated thriller Omar, a young Palestinian man in the West Bank is faced with two challenges: First, how to convince his friend that he’d be a good bet to marry the friend’s little sister? Second, and more importantly, how does he escape the law after helping to murder an Israeli soldier?

Omar opens this week. My review is at Film Racket:

For such a razor-sharp thriller, the West Bank-set Omar smuggles a dense packet of ambiguity into its compact running time. This shouldn’t be a rarity, given how many stories there are about the conflict between occupiers and occupied, the dueling taxonomy of “freedom fighters” and “terrorists.” But too often these clashes are related in absolutes, where one narrative is bought into more than another. Hany Abu-Assad’s skillful story wrestles with those grey moralities without spoon-feeding one or the other to the audience. It’s a story about people, not ideologies, but it knows how inextricably the former intertwine with the latter…