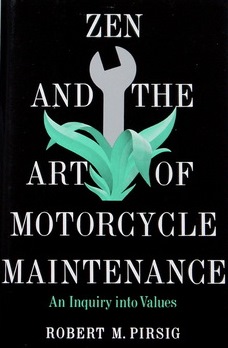 Earlier this week, Robert M. Pirsig, the author of Zen and the Art of Motorcycle Maintenance, died at the age of 88. Although the book, a philosophical rumination cast in the guise of a father-son road-trip novel, mostly holds true to its subtitle (“An Inquiry Into Values”), there’s also some solid writing advice to be found.

In the book, Pirsig is trying to help his son write a letter to his mother:

I tell him getting stuck is the commonest trouble of all. Usually, I say, your mind gets stuck when you’re trying to do too many things at once. What you have to do is try not to force words to come. That just gets you more stuck. What you have to do now is separate out the things and do them one at a time. You’re trying to think of what to say and what to say first at the same time and that’s too hard. So separate them out. Just make a list of all the things you want to say in any old order. Then later we’ll figure out the right order.