What Would Keanu Do? Personal Philosophy and Awe-Inspiring Wisdom from the Patron Saint of Whoa

The films of the great Keanu Reeves are consistently built around philosophical questions that challenge viewers at the same time they’re being entertained. What Would Keanu Do? examines everyday challenges faced by readers and helps solve those same problems by applying the philosophical lessons espoused by Reeves (or one of his films). From John Wick and Toy Story 4 to Dangerous Liaisons, The Matrix and everything in between, this book provides all of the insight and guidance you’ll ever need. And remember: As noted in the immortal lyrics of Kansas – and dramatically delivered by one Ted “Theodore” Logan – “All we are is dust in the wind.”

Every four years, candidates make their case to the American people about why they are the best choice for president. In one election, a majority of voters might want a president who seems able to fix a troubled economy. In another, they could veer toward a strong military leader. Sometimes voters want reassurance. Sometimes they want change. And every so often the Electoral College takes the choice away from voters entirely. These ten elections each represent not only large gambles by millions of people on the future of the republic, but also intense political combat over often radically divergent beliefs about how to keep America intact for the future.

The only 127% unauthorized guide to the greatest comedy troupe all of time introduces the Monty Python lads to what is doubtlessly an astute and discerning global audience! Includes erudite analysis,allusions to canonical classics, killer rabbits, and candid commentary … nudge, nudge, wink, wink, know what we mean?

This historical guide explores the fascinating history, people, myths, culture, and trivia about the the self-proclaimed capital of the world. Illustrating the unique character of the city through a combination of facts, stats, and history, plus the unusual and quirky, it answers more than 850 intriguing questions about people, events, government, and places of interest.

The Sci-Fi Movie Guide: The Universe of Film from ‘Alien’ to ‘Zardoz’

Covers the broad and widening range of science-fiction movies. From the trashy to the epic, from the classics to today’s blockbusters, this cinefile’s guidebook reviews nearly 1,000 of the biggest, baddest, and brightest examples of every age and genre of cinematic and TV science fiction. 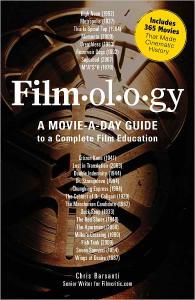 Filmology: A Movie-a-Day Guide to the Movies You Need to Know

An entertaining crash course in cinematic education—one movie a day. This is not just another greatest-movies celebration. Pairing cinema’s lesser-seen gems alongside blockbusters, great early works from the pioneers of film alongside often-overlooked films from great directors, Filmology  unveils the movies that all true cineastes must see.

Eyes Wide Open 2015: The Best (and Worst) Movies of the Year 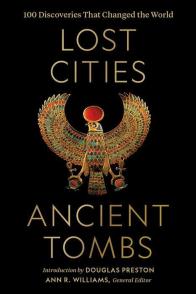 [from publisher National Geographic] Blending high adventure with history, this chronicle of 100 astonishing discoveries from the Dead Sea Scrolls to the fabulous “Lost City of the Monkey God” tells incredible stories of how explorers and archaeologists have uncovered the clues that illuminate our past. 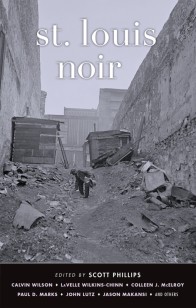 [from publisher] Akashic Books continues its groundbreaking series of original noir anthologies, launched in 2004 with Brooklyn Noir. Each story is set in a distinct neighborhood or location within the city of the book.

Includes: My short story “The Pillbox” 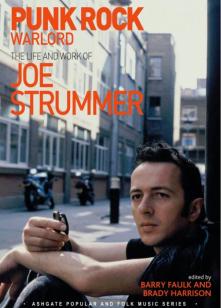 Punk Rock Warlord: The Life and Works of Joe Strummer

[from publisher] Punk Rock Warlord explores the relevance of Joe Strummer within the continuing legacies of both punk rock and progressive politics.

Contains: My article “Mystery Train: Joe Strummer on the Screen”

The Rough Guide to Chicago