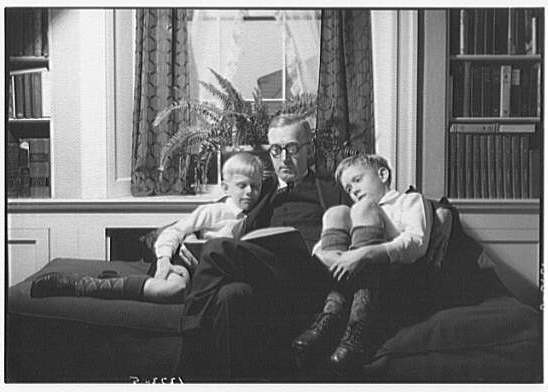 The family that reads together … something something. In any case, it’s a common family trait for the parents to read to their kids at night. Helps send them off into dreamland so that they’re pestering the grownups lest. The family of Stephen King, though, seemed to have a different tradition. In Susan Dominus’ great feature article on them (and how nearly everybody in the family is a published author now) from last week’s New York Times Magazine, she notes that the roles were reversed in that household:

Entertaining their parents, for the King children, was part job, part enrichment. At bedtime, they were the ones expected to tell their parents stories, instead of the other way around.

King père also had an interesting job for the kids. Being a Maine guy, he had to spend a lot of him driving long distances. Like many dads, he used audio books to fill the time. However:

…he sometimes could not find the books he wanted on tape — or maybe he just did not bother. He had three children: Naomi, Joe and Owen. They could read, couldn’t they? All King had to do was press record. Which is how his school-age children came to furnish their father, over the years, with a small library’s worth of books on tape.

One of their jobs was Anna Karenina; one would hope that meant a decent allowance bump that week.