Since Supreme Court justices communicate primarily through words on a page, not surprisingly writing is almost as important to them as making legal arguments.

The late Ruth Bader Ginsburg was frequently cited for the clarity and strength of her writing. She often credited her teachers for instilling in her the proper discipline. In an interview collected in The Scribes Journal of Legal Writing, she pointed to her professor of European literature at Cornell:

His name was Vladimir Nabokov. He was a man in love with the sound of words. He taught me the importance of choosing the right word and presenting it in the right word order. He changed the way I read, the way I write.

She also said about Nabokov:

Words could paint pictures, I learned from him. Choosing the right word, and the right word order, he illustrated, could make an enormous difference in conveying an image or an idea.

Ginsburg and Nabokov knew that this in some way, this is what writing is all about: convincing the reader. On some level, art is argument. That is true whether it is in the pages of a novel or proclaimed from the Supreme Court. 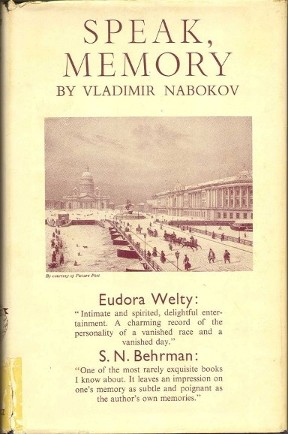 According to possibly (but let’s hope not) apocryphal story, the great Vladimir Nabokov—born this week in 1899—once gave the following advice to a writing student:

Nabokov looks up from his reading he points to a tree outside his office window. ‘What kind of tree is that?’ he asks the student. ‘What?’ ‘What is the name of that tree?’ asks Nabokov. ‘The one outside my window.’ ‘I don’t know,’says the student. ‘You’ll never be a writer.’ says Nabokov.

Is that rule absolutely true? Of course not. The average writer has their head in the clouds most days; and Nabokov, let’s not forget, was preternaturally attuned to detail in ways that most of us would find painful.

But maybe writing should be treated with this level of attention. Every building you pass in a day, every flip of a passer-by’s hair, every faraway sound, should be jotted down in your mental notebook, to be called upon whenever needed. It’s like being a spy, just less dangerous. Usually.