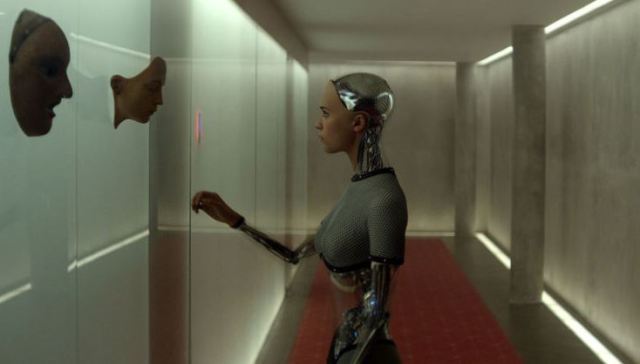 Theaters were full of science fiction this year. However, it was mostly of the post-apocalyptic YA (Hunger Games) or space opera (Star Wars) variety. Alex Garland’s Ex Machina was something different. It’s available on DVD now.

In the final reckoning, people are never that creative. That’s true even when they think they’re changing history. The explorer who goes to the ends of the earth is usually after fame, money, or both. The investor will ignore every warning sign about a too-good-to-be-true opportunity until it’s too late and he’s lost everything. The genius inventor announcing that he’s creating an epochal advancement in technology will turn out to have some fairly mundane reasons for doing so.

That last scenario is what Alex Garland digs into for his directorial debut Ex Machina. It’s a chilly investigation of the ethical consequences of artificial intelligence wrapped up in the skin of a sleek and increasingly horrific thriller…