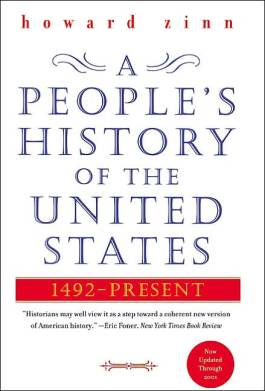 The word “censorship” gets thrown around a lot these days, not always responsibly. But every so often you see a case that seems to fit the textbook definition.

One of those instances happened this week in Arkansas, which you may also know as Missour-ah’s underachieving and even more miserable neighbor. The state legislature there is considering a bill that would actually make it illegal for schools to teach the books of Howard Zinn, author of A People’s History of the United States.

[The bill] would force Arkansas educators to pretend that Howard Zinn had never written a single book, and furthermore (and this is the really crazy part) would require that they systematically ignore any secondary texts addressing Zinn’s scholarship.

By the logic of the law as written, even materials critical of Zinn’s approach to American history, of which there are many, may be prohibited. Teachers must simply pretend that one of the most influential and most discussed historians of the twentieth century never existed.

Making it illegal to teach from a historian known for his progressive political viewpoint? Sounds like censorship, plain and simple.