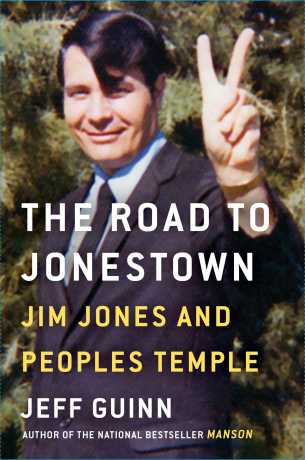 The legacy of Jonestown is as horrifying as it is opaque. In The Road to Jonestown, out this week, Jeff Guinn (Manson) digs into the full history of Jim Jones, Peoples Temple, and how it led from an idealistic religious and political movement in 1950s Indiana to cult depravity and a mass murder/suicide in the jungle of Guyana.

What do you do with something like Jonestown? How did over 900 Americans end up committing what appeared to be mass suicide at a remote jungle compound in Guyana in 1978? In this instance, the usual answer, “because a crazy cult leader named Jim Jones made them do it”, just doesn’t suffice…

Here’s a video with Guinn talking about what really happened at Jonestown: