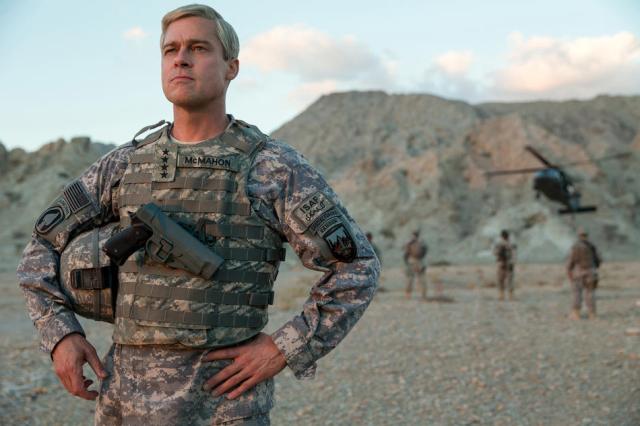 One of the biggest feature film plays yet attempted by Netflix, War Machine is an Afghanistan War satire based in part on Michael Hastings’ nonfiction book The Operators. Brad Pitt (who also produced) plays a hard-charging general loosely based on Gen. Stanley McChrystal, though reportedly his character was eventually fictionalized to avoid legal hassles.

War Machine debuts this week on Netflix and in select theaters. My review is at PopMatters:

Things kick off in 2009, when McMahon, aka “The Glenimal”, charges into Kabul like George S. Patton’s less patient twin. Surrounded by a platoon of intensely loyal hangers-on, McMahon is looking to repeat the success he had decimating insurgent networks in Iraq. A cannier movie would have stood back a bit and allowed the audience to get sucked in by the presence of McMahon’s West Point, Ranger school, Yale graduate, warrior with a degree, armored carapace of confidence before making apparent his pride-blinded cluelessness…