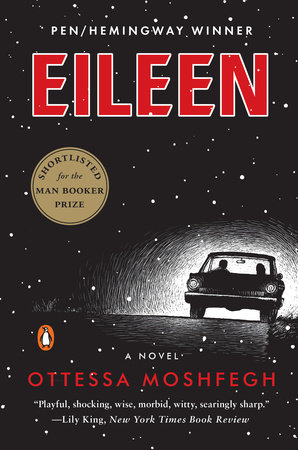 In her astounding 2015 novel, Eileen, Ottessa Moshfegh conjured up a grubby, bleak, funny neo-noir whose female narrator didn’t mind in the least just how unpleasant she came off. That’s not a surprise, given how much Moshfegh takes after Bukowski. But even in today’s supposedly more open-minded publishing landscape, the presence of an unlikable protagonist (particularly if a woman) is stll enough to scare off publishers. Fortunately, Eileen found an audience.

It wasn’t an easy journey. According to a recent New Yorker profile, she worked hard in the city’s publishing circles (Overlook Press, The Paris Review) but eventually decided that college would help her along the path:

Hoping to escape the city, Moshfegh applied to the M.F.A. program at Brown, and was accepted. Her time there was productive, she said, but mostly because her scholarship allowed her to write without the distraction of a job. “You have a lot of people who aren’t good at writing yet telling you what to change about the way that you’re writing,” she said. “It’s a lot of mediocrity feeding on itself. So you better be radical, and you better hate everyone. Not that I did personally, but that I had to if I was going to protect the thing in me that I knew I wanted to grow.”