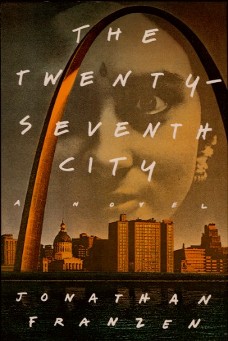 When he was starting out as a writer, Jonathan Franzen of St. Louis, Missouri (well, Webster Groves if we’re trying to be exact) figured New York was the kind of place that would demoralize and just eat him up. So he went to Somerville, Massachusetts, got an apartment for $300, and worked part-time. That’s when he wrote his first novel, The Twenty-Seventh City.

Go to, like, northeastern Ohio, and write your first book. Go someplace cheap, and move to New York later.