In the 1990s, the Castro regime sent several operatives to infiltrate the Cuban-American emigre community in Miami. Olivier Assayas’ Wasp Network is a fictionalization of that somewhat forgotten sidenote of the post-Cold War years.

Wasp Network is available on Netflix today. My review is at Slant:

Based on Fernando Morais’s 2011 book The Last Soldiers of the Cold War, the film starts out as a crisply paced, lavishly photographed, and character-based study of what the members of the so-called “Cuban Five” spy ring did and how they did it. Unfortunately, it spreads its attentions so wide and at times without consequence that the import of the events it depicts starts to get lost… 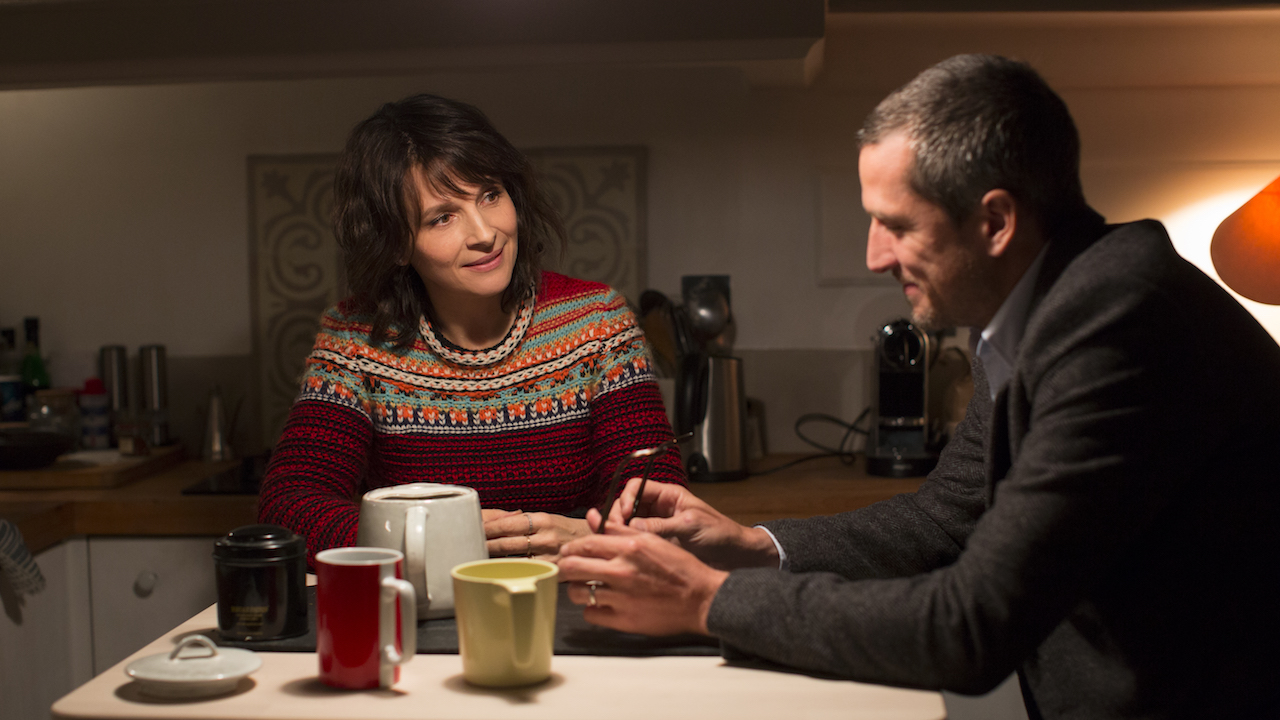 After playing a few festivals last year, it’s opening this week in limited release. My review is at Film Journal International:

The year is young still, but you probably won’t see a wiser, more headlong dive into the world of high fashion and celebrity than Olivier Assayas’ slippery, darkly glamorous Personal Shopper. With a cool and yet intimate approach, Assayas shows a deeper awareness of the seductive, boundary- and identity-blurring compromises than other more surface-sailing chroniclers of the beautiful life like Nicolas Winding Refn or Sofia Coppola. He also manages to string a taut thread of tension through the unlikeliest of narratives for this generally straightforward filmmaker to tackle: a ghost story…

In Olivier Assayas’ Clouds of Sils Maria, a venerable actress with a prickly assistant agrees to play the older character in a play that made her famous when she was in the younger role, now cast with a Lindsay Lohan-esque up-and-comer. It’s a rich dramatic environment, suggesting a marriage of Persona and All About Eve.

Clouds of Sils Maria opens this week; my review is at Film Racket:

In this richly satisfying film about age and art, a battle of wills over a new production of a classic play becomes a Rorschach test for two women’s friendship. It’s another subtext-laden drama from Olivier Assayas, whose best work has dug into the simmering tensions of long-term relationships and come up with melodramatic gold. Clouds of Sils Maria won’t be counted among his greater achievements like Summer Hours. But it’s a return to form for a director whose more recent films (Carlos, Something in the Air) have been packed with energy but lacking heft…

In Olivier Assayas’ newest film, French teenagers dive headlong into the ferment of political and cultural revolt, circa 1971. Something in the Air doesn’t have the adrenaline rush of Assayas’ crime epic Carlos but it shares that film’s interest in what makes idealists tick.

Something in the Air is still playing in limited release around the country. Try and catch it on the big screen if possible. My review is at PopMatters; here’s part:

Quiet and mop-haired Gilles  spends half of his time churning out paintings and sketches and the other half selling underground magazines and trying to help the broad-based struggle. Like any teenager, he’s brimming over with romance and can’t decide what to do with it all. He has one girlfriend, the enigmatic Laure, who gives him thoughtful critiques of his work and also her own poetry chapbooks. After she heads off to London with her family, he is drawn toward the more serious-minded Christine, who takes a different view of the arts, that they should exist to further the revolution. All else is just bourgeois nonsense…