It’s national Banned Books Week, when bookstores and libraries put up their displays of frequently challenged or censored titles that various bluestockings have tried to keep from us over the years. Given the ever-declining reading habits of the country, it’s nice to see that some people out there still find the printed word (Adventures of Huckleberry Finn, Slaughterhouse-Five, Beloved, and so on) so threatening that they give it the perverse honor of trying to ban it.

This isn’t an issue of the past, school districts are still coming under fire for assigning certain books. In 2011, Sherman Alexie’s award-winning young adult novel The Absolutely True Diary of a Part-Time Indian was challenged for use in a ninth-grade Washington state class. 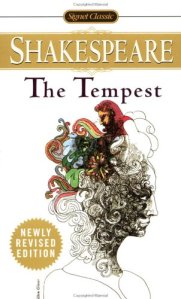 ...administrators informed Mexican-American studies teachers to stay away from any units where “race, ethnicity and oppression are central themes,” including the teaching of Shakespeare’s classic [The Tempest] in Mexican-American literature courses.

Once upon a time, Decline of the West-styled conservatives like Allan Bloom were lamenting that American education was ignoring the classics in favor of a multiculturalist agenda. Now the very people who once might have once sided with Bloom are going after Shakespeare.

If you go here, you can find out how to submit your very own Virtual Read-Out video.