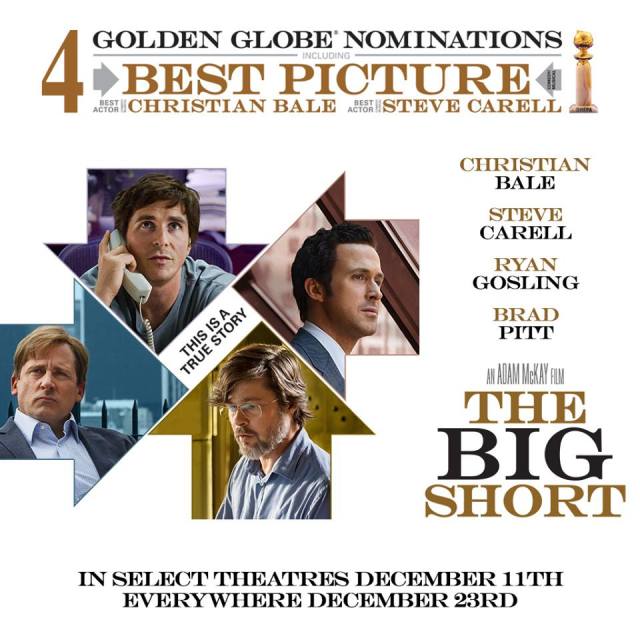 When the housing market bubble started to implode back in 2007 and 2008, precipitating the latest financial crisis, it came as a surprise to much of the world. Michael Lewis’s book The Big Short tells the story of the analysts who saw the implosion coming and discovered that nobody wanted to hear about it. Adam McKay’s film adaptation is an awesomely angry screwball satire of the apocalyptic and short-sighted stupidity that lead to the crisis.

The Big Short opens in limited release today, then everywhere Christmas week. My review is at PopMatters:

So who blew up the economy back in 2007? One answer that’s often shouted on talk radio and social media is a moralistic tale about how poor (minority) folks took out mortgages they couldn’t afford, which caused the financial collapse, after which sober-minded middle-class (white) taxpayers had to pay for all those bad mortgages by bailing out the banks. It’s the Ant and the Grasshopper fable re-engineered with Tea Party fury.