Getting a limited theatrical opening (whatever that means in pandemic times) before coming to Netflix in October, Aaron Sorkin’s The Trial of the Chicago 7 dramatizes the story of the biggest, oddest political show trial of modern American history. Also: Sacha Baron Cohen plays Abbie Hoffman.

Aaron Sorkin’s The Trial of the Chicago 7 pulses with relevancy in a time when high-stakes debates over authoritarianism, protests, and the necessity of radicalism are convulsing America. Sorkin uses an ensemble approach to tell the story of the anti-war activists charged with conspiracy and incitement to riot after the street fighting that ripped through Chicago in August 1968 during the Democratic National Convention. While necessary, given the number of key characters involved, the approach also allows Sorkin to establish different factions among the defendants who are debating the merits of their wildly varying methods to the same cause even as they’re fighting to stay out of federal prison…

Pandemic or no, awards season must go on. So it was that this year’s edition of the Toronto International Film Festival launched another clutch of buzzy movies, only this time via streaming and some outdoor screenings (much like how the New York Film Festival is incorporating drive-ins to their pandemic screening efforts). Even though nobody is really going to movie theaters right now, if we were, there would be some really impressive flicks to check out, come December. Here’s a few that I was able to see.

Nomadland — Frances McDormand stars in Chloe Zhao’s story about a woman drifting through a rootless America of van-dwellers and odd-jobbers. Already getting hyped for best director/picture/actress. Review at Slant.

The Way I See It — Feel-good documentary about former White House photographer Pete Souza and his attempts to satirize Donald Trump’s presidency simply by posting old pics of Barack Obama to remind people what a true president acts like. Review at Slant.

MLK/FBI — Gripping and potentially controversial documentary about the FBI’s campaign against Martin Luther King, Jr. which actually delves into some of the more disturbing accusations. Lot of interest in this, deservedly so, though may not hit theaters until January 2021. Review at Slant.

76 Days — Heart-wrenching documentary that covers the 76-day COVID lockdown in Wuhan through up-close coverage inside a hospital being pushed to the edge. May get overlooked but worth finding. Review at The Playlist.

One Night in Miami — Regina King’s imperfect but still highly impressive story of four men (Malcolm X, Muhammad Ali, Jim Brown, and Sam Cooke) hanging out and hashing over the politics and crises of the day in 1964 could be a late favorite in the awards race.

City Hall — The latest Frederick Wiseman is another lengthy (4 1/2 hours) documentary about an American institution. This time he showcases the ins and outs of Boston’s municipal government, tracking all the bickering, horse-trading, complaining, and down-right idealism that goes into the urban mix. Demands your attention but rewards it.

Courtesy of the inimitable John Waters, here is the poster for the upcoming New York Film Festival:

The fest starts on September 17. Here’s the full schedule.

Of course, with virtual screenings and some drive-in shows, it is not precisely a “festival.” But hey, better than adding another series to your Hulu queue that you will never, ever watch.

The 2020 edition of the Oscar-Nominated shorts program is hitting theaters next week.

My review of the five-part documentary program, nearly all of which are fantastic if sometimes hard to watch, was published at PopMatters:

When assessing a short-film anthology, sometimes a theme presents itself and other times you have to go looking for one. The movies in The 2020 Oscar-Nominated Short Films: Documentary come from places far and wide, presenting an array of tones and personalities. But the thread that seems to link all of them together is worry that the future will not be an improvement on the problematic present…

In response to yesterday’s fairly uninspiring Oscar nominations, here is a piece I wrote for Eyes Wide Open about why every single other best picture nominee deserves to win more than Joker:

Yes, that includes JoJo Rabbit. Even the cringey and self-congratulatory Nazi slapstick of Taika Waititi’s quasi-Wes Anderson anachronism-riddled World War II satire — which might have worked nicely if compressed into a 5-minute short — ultimately had something to offer, even if it was simply the not-quite-groundbreaking message that Nazis are bad. Not so Joker…

Now that the holidays are upon us, it is time to do the truly important things, such as catching up on all the movies of the last year. No, it is not crucial to run out and see the latest Star Wars (you can already figure out pretty much everything that’s going to happen). And yes, it is worth braving the snow and the crowds to go see a movie with other people rather than streaming Game of Thrones again. There’s a lot of great things out there.

My year-end wrap-up of the 15 best movies of 2019 was published at Eyes Wide Open. It’s a diverse mix, with everything from Hitchcockian Korean horror-comedy to wartime drama, teen comedy, and a shockingly great Adam Sandler movie. Plus: Adam Driver sings Sondheim. Like I said, there’s a lot to see.

In the Safdie brothers’ newest movie Uncut Gems, Adam Sandler plays a wheeler-dealer whose world is always on the brink of greatness or collapse.

Uncut Gems is playing now in limited release and should expand wider later in the month. My review is at PopMatters:

He has a good line of gab, Howard, but what he does best is what every true operator understands: Just keep talking, never stop moving, and keep those plates spinning. Uncut Gems is an exhausting movie about an exhausting character, shot through with an intoxicating restless relentlessness powered in large part by Sandler’s ferociously hungry performance…

In the latest horror/satire/commentary from Jordan Peele (Get Out), a family on vacation faces a terrifying threat: themselves, only not. It’s early, of course, but there is already some, likely justified, award buzz for star Lupita Nyong’o.

Us opens wide this week. My review is at PopMatters:

Us takes pieces from a few different genres, particularly home-invasion thrillers and subtext-laden George A. Romero-esque zombie movies, and stitches them together into a uniquely weird and hammer-intense experience….

Now that we’re almost to January, it’s time to take a look back at the year that was, movie-wise. My accounting of the best movies to hit screens, big and small, in 2018, was published at Eyes Wide Open:

The more things changed at the movies in 2018, the more they stayed the same. The year’s biggest box office hit was Marvel’s Black Panther, which finally smashed the old rule that white actors were required to head up superhero stories. Crazy Rich Asians proved that perfectly mediocre romantic comedies (which should not be taken as a criticism, it’s been a moribund genre for a while) didn’t require white casts for relatability; glossy shopping montages and feisty showdowns between a bride-to-be and her fearsome future mother-in-law translate across all cultures…

Alfonso Cuaron’s latest movie, Roma, is playing now in limited release and on Netflix. If at all possible, see it on the big screen.

You could argue that Alfonso Cuarón’s gorgeously imagined and intimate epic Roma invokes politics when convenient for dramatic impact but ignores their context in order to move forward with the family melodrama at its core. Why, for instance, does nobody talk about why the students are protesting in the massive street demonstration that some of the characters are shocked to be caught up in?… 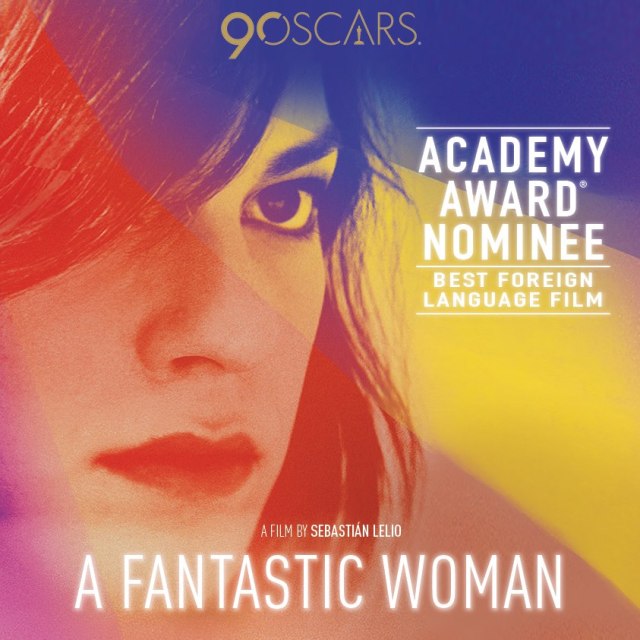 The most romantic element of …  A Fantastic Woman comes early and its absence is never quite filled. Orlando (Francisco Reyes), a 57-year-old Santiago businessman with a gentle sort of gravitas, is finishing up his day at the office and heading out to meet his girlfriend. Walking into a dinner club, he pauses to listen to the beautiful singer of the mediocre band. As she croons a tart little ballad about how “your love is like yesterday’s newspaper”, Orlando watches with eyes that simply drink her in like someone newly smitten… 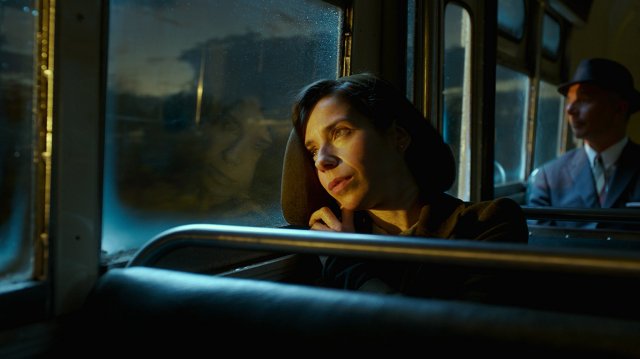 You can read “In a Turbulent Year, the Oscars Retreat to Fantasy” at Eyes Wide Open:

What did [the Academy] decide? That in the midst of skyrocketing levels of economic inequality, near-weekly threats to the norms of American democracy, occasional panic about the itchiness of not one but two megalomaniacs’ nuclear-trigger fingers, and the normalization of white nationalism, the most nominated movie of the year was a fantasy about a woman in love with a merman.

Not that there’s anything wrong with that…

Now that we’re done with Dick Clark’s New Year’s Rockin’ Eve and the listing of resolutions soon to be broken, it’s time to get around to catching up on some movies. After all, it’s cold out there and the Golden Globes are coming up.

My year-end tally of the best movies of 2017 is at Eyes Wide Open.

Time to get watching.