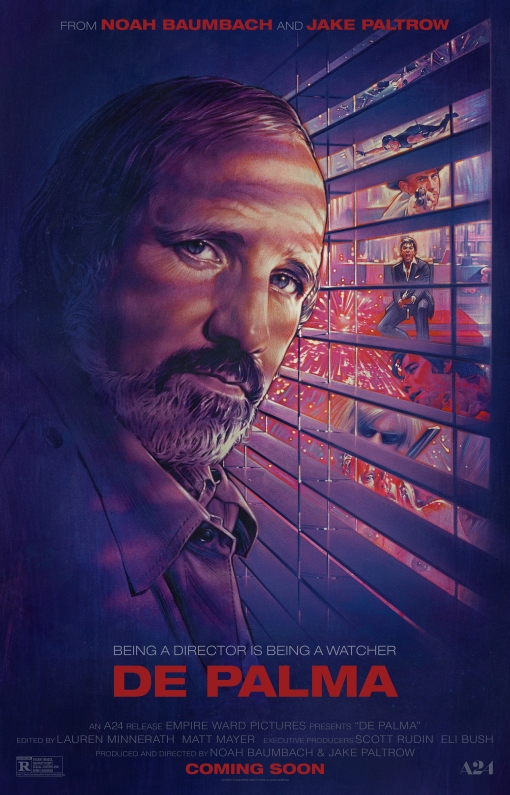 Brian De Palma isn’t the kind of director who usually gets his own appreciative documentary. For one, he’s still alive and making films. For another, those films are usually twisted psychodramas just barely this side of exploitation thrillers.

Directed by filmmakers Noah Baumbach and Jake Paltrow, De Palma opens this week. My review is at Film Journal International:

Baumbach and Paltrow’s approach is simple: Put a camera on De Palma as he walks us through his oeuvre, inserting strategic clips from his work or cinematic references as needed. There’s a brief dash through his autobiographical particulars before getting to the heart of the matter. Afterward the structure is chronological, bracketed by his little-seen college work from the 1960s (Wotan’s Wake) to the smaller independently financed films made since his self-imposed exile in Paris (Redacted, Femme Fatale). In between is one of cinema’s most unique and unlikely careers, swerving from psychological thrillers to horror, camp, gangster and war epics, and back again to psychological thrillers. It’s more than enough for De Palma to discuss…