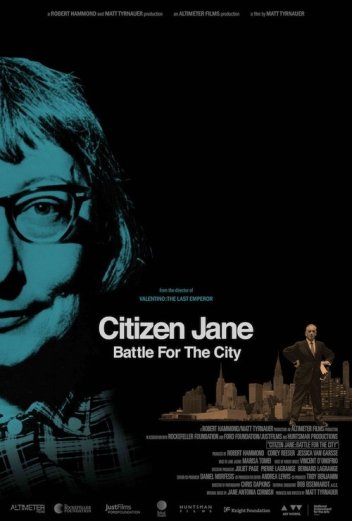 In the 1950s, when bulldozing historic downtowns under the flag of “urban renewal” was all the rage, architecture journalist Jane Jacobs was one of the loudest and most eloquent voices of the resistance. A new documentary on her, Citizen Jane: Battle for New York, chronicles her fight against the city planners who dreamed of replacing organic urban chaos with high-rise and parking lot dead zones.

Citizen Jane opens in limited release this week. My review is at Film Journal International:

At the risk of oversimplifying the debate, Citizen Jane: Battle for the City divides the participants into two camps: the “top-down” city planners and the “bottom-up” activists. To illustrate that divide, Tyrnauer handily reaches back to the most famous urbanist debate of the 20th century: the fight between New York planning czar Robert Moses and journalist-turned-activist Jane Jacobs. The struggle wasn’t always easily understood, but the stakes were for the future of the city itself…