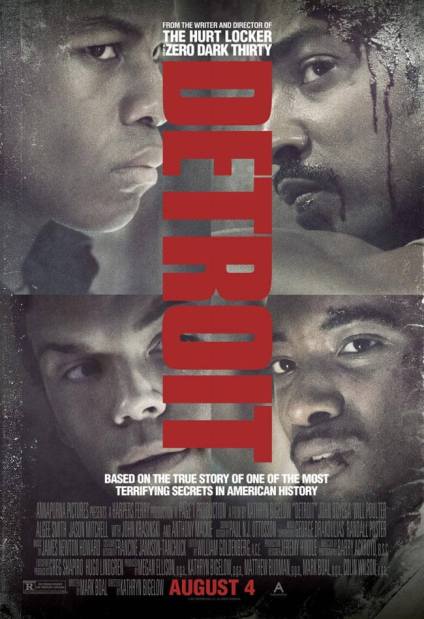 A true-crime white-knuckler set in the chaos of the 1967 Detroit riots, Detroit is playing now in limited release and will be opening wider on Friday.

Set in the chaos of the 1967 Detroit riots, Mark Boal’s screenplay dramatizes and expands on a little-remembered episode of police brutality that crystalizes the violence of a country wrenching itself apart. In that crucible, Krauss (Will Poulter), a casually sadistic police officer who earlier in the riot shotgunned a man for running with looted groceries, ringleads a bloody interrogation whose methods fulfill all the worst fears of black Detroit residents…