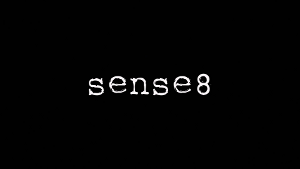 The writer’s life is a solitary one. That’s true, until it’s not.

Take the example of Aleksandar Hemon. The Bosnian writer had always followed the expected path:

[My writing] had taken place in the self-imposed isolation of my head. I don’t take part in workshops or writing groups; I don’t share ideas or drafts with my fellow-writers for feedback; I make all the decisions and am responsible for every word in the book that I am writing, acknowledgments included.

But then, like many writers out there in a world of hundreds of television shows needing scripts, he joined the collaborative workforce of televisual scriveners. Working out scripts for the sci-fi series Sense8, he discovered a new process:

… my role was to make proposals that would be taken up by the other people in the room and spun around a few times. The version of the proposal that emerged would have little to do with the original, yet belonged to me as much as to everyone else … I’d never experienced the pleasure of temporarily losing my intellectual sovereignty—of watching my bright idea be destroyed, only to be transformed into something entirely different.

Sometimes a writer has to hew closely to their original vision, come hell or high water, for it to be worth a damn in the end. More frequently, another pair of eyes, or five or ten, can make all the difference in the world.