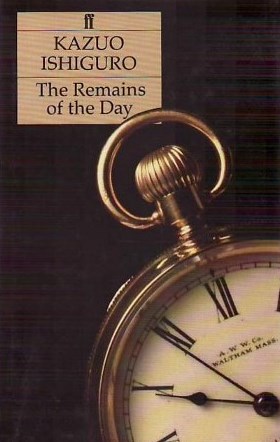 The novelist Kazuo Ishiguro said that he’d always followed the rule that said after four hours of continuous writing, the rule of diminishing returns set in. But, with the willing cooperation of his wife Lorna, he decided to try something different. They called it a “Crash”:

During the Crash, I would do nothing but write from 9am to 10.30pm, Monday through Saturday. I’d get one hour off for lunch and two for dinner. I’d not see, let alone answer, any mail, and would not go near the phone. No one would come to the house. Lorna, despite her own busy schedule, would for this period do my share of the cooking and housework. In this way, so we hoped, I’d not only complete more work quantitively, but reach a mental state in which my fictional world was more real to me than the actual one.

Ishiguro didn’t let anything stop him, no matter how awful the material that he was producing. He just kept at it. Four weeks later, he basically had The Remains of the Day finished.

Listen to Ishiguro. After all, he did win the Nobel Prize for Literature.