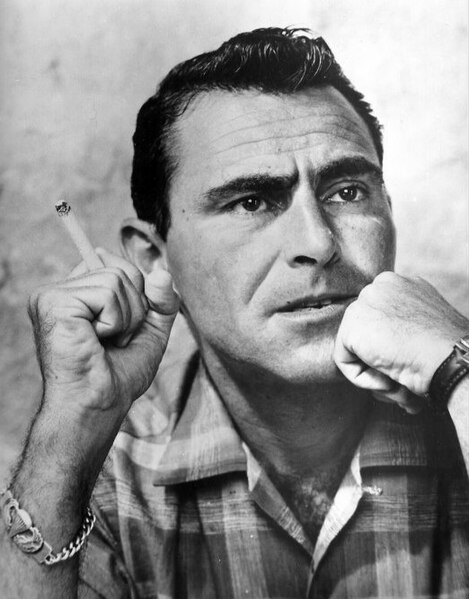 A veteran of some pretty horrendous fighting in the Pacific Theater during World War II, Rod Serling suffered from nightmares much of the rest of his life. He also had a deeply-ingrained sense of justice.

Both came together in the somewhat maniacal writing schedule he maintained as one of early television’s most acclaimed live teleplay authors and then the showrunner and primary writer for The Twilight Zone.

The only way he could keep the pace going? According to Nicholas Parisi’s biography, he told a writing class at Ithaca College this:

The instinct of creativity must be followed by the act—the physical act of putting it down for a sense of permanence. Once you have that prod, that emotional jar that “I witnessed something” or “I felt something” … Write it down…. Don’t let it die aborning in your head.

Never wait. Keep a notebook around. Type it into your phone if you have to. But once you have that idea or that worthy experience, do not assume you will remember it a day or an hour hence.