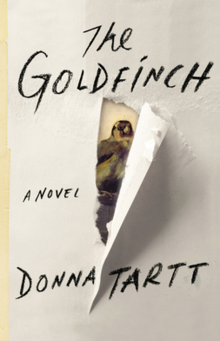 One piece of advice that many new writers get is to write as much as possible. That way you can publish more often. And the more you publish, the more people get to know your work, success breeds success, and so on.

But at what point does that approach start to feel less like art and more like industry?

People say that perfectionism is bad. But it’s because of perfectionists that man walked on the moon and painted the Sistine Chapel, OK? Perfectionism is good. It’s all about production and economy these days. I don’t want to be the CEO of a corporation, of Donna Tartt Inc. I work the way I’ve always worked, and I don’t want a big desk and fancy office and people answering the telephone.

Of course, she had the advantage of writing a bestseller right out of the gate (The Secret History). That left her able to basically take a decade per novel.

Still, it’s good to remember that not every author needs to be out there selling themselves every minute of the day, contributing to anthologies, blurbing their friends’ books, writing a 16-part Netflix series.

Maybe that means keeping your day job and writing at night or in the morning. If you think you need the time to get the lines right, take the time.

The long-awaited movie of Donna Tartt’s  The Goldfinch is here in a very messy, trying-too-hard, but at least very well-acted and gorgeous-looking adaptation from John Crowley (Brooklyn).

The Goldfinch premiered at the Toronto International Film Festival and opens this week. My review is at Slant:

Streamlined by Peter Straughan from Donna Tartt’s overwrought Pulitzer-winning 2013 novel just enough to make certain developments slightly baffling and a few characters close to redundant, John Crowley’s three-handkerchief film adaptation throws a lot at the viewer, and not all of it makes much sense, except for the painting. Enough of the individual moments pulled by Straughan from the rag-and-bone shop of Tartt’s sprawling mystery narrative make an emotional impact that the story’s structural issues fail to register as much at first…

The Man Booker Prize just announced their longlist of titles being considered for their 2014 fiction prize. This is literary news of a sort—prizes like this being a boon for time-challenged readers looking for help in figuring out what to read next—but nothing that extraordinary in itself. After all, this happens every year.

But here’s something different: For the first time in the prize’s 46 years, the list includes writers from beyond the UK and Commonwealth. In short, that means a couple of Americans have been allowed in; though as Publishers Weekly notes, not Donna Tartt’s The Goldfinch, which you will recall won (perhaps undeservingly, I and some others would argue) this year’s Pulitzer for fiction.

Here’s the full list, via PW (who helpfully annotated with author nationalities):

Point / counterpoint in the latest round of hand-wringing over the long rumored death of the novel.

First, Will Self in The Guardian, “The novel is dead (this time it’s for real)“:

I believe the serious novel will continue to be written and read, but it will be an art form on a par with easel painting or classical music: confined to a defined social and demographic group, requiring a degree of subsidy, a subject for historical scholarship rather than public discourse.

Granted, Self is taken the opinions of his teenaged son (his “canary” in the cultural coal mine, as it were) perhaps too seriously. Also, he seems to be arguing for the death of something that was already long dead. The novel as the primary cultural artifact was supplanted decades hence by movies, television, what have you. And today, yes, all the cultural elites reading The Goldfinch at the same time as all their friends are often just waiting to start nattering on about Game of Thrones.

David Ulin had a brief riposte to Self’s critique in The Los Angeles Times, that was notable for its lack of patience:

I’m tired of reading about the death of the book. It’s not true, in the first place, and in the second, it’s a lazy signifier, a way of addressing cultural import (or risk) that’s not really justified.

In other words, when people stop reading completely, then we have something to worry about. Nearly 200,000 copies of The Goldfinch have been sold so far this year. Say what you will about it, that’s a book that clocks in at nearly 800 pages and goes for $30 a pop in hardcover. Somebody is still reading out there.

“It’s crazy,” she’d said, “but I’d be perfectly happy if I could sit looking at the same half dozen paintings for the rest of my life. I can’t think of a better way to go insane.”

Think about what six paintings you wouldn’t mind looking at forever.

It’s that time of year when attentions get torn between the World Series and the ever-growing all-encompassing athletic-entertainment complex that is football. Being that the latter has almost definitely overtaken the former as America’s game, there’s no end to commentary and opinion about the gridiron spectacle.

One of the month’s more intriguing notes on football, though, comes from an unexpected source: Donna Tartt’s new novel, The Goldfinch. Here’s a short excerpt (noted by James Wood in the New Yorker) in which the narrator is talking about the ritual of watching Sunday football games out in Las Vegas:

On game day, until five o’clock or so, the white desert light held off the essential Sunday gloom — autumn sinking into winter, loneliness of October dusk with school the next day — but there was always a long still moment toward the end of those football afternoons where the mood of the crowd turned and everything grew desolate and uncertain, onscreen and off, the sheet-metal glare off the patio glass fading to gold and then gray, long shadow and night falling into desert stillness, a sadness I couldn’t shake off, a sense of silent people filing toward the stadium exits and cold rain falling in college towns back east…

Never mind that college games happen on Saturday for the most part; you still have here a beautifully gloomy little snapshot of that autumnal bleakness that always seems to hover around the game.