Michelle Pfeiffer, Lucas Hedges, and a charming cat are featured in Azazel Jacobs’ new adaptation of French Exit, a novel from Patrick DeWitt (The Sisters Brothers).

French Exit is playing now in limited release and opens wider in April. My review is at PopMatters.

In this Italian-set adaptation of Romain Gary’s novel The Life Ahead, a Holocaust survivor (Sophia Loren) and a 12-year-old Senegalese orphan (Ibrahima Gueye) find common cause despite a rough first meeting when he steals her pursue.

The Life Ahead will be available on Netflix this Friday. My review is at Slant:

The Life Ahead transfers the story from Paris to the southern Italian seaside town of Bari, whose palm trees and buttery sunshine contrast with the hardscrabble realities of life for the characters. The star of the piece is ostensibly Sophia Loren, who brings a combative hauteur to the role of Madame Rosa, an Italian-Jewish survivor of Auschwitz and former streetwalker who runs a kind of ad-hoc nursery for the children of her colleagues out of her apartment. While presenting herself as diamond-hard, Rosa is beginning to chip a little around the edges, and more in need of a friend than she would admit…

In 2010, Ernest J. Gaines—the late author of A Lesson Before Dying and The Autobiography of Miss Jane Pittman—talked about how part of his fiction grew out of listening to the stories of the people he grew up around in Jim Crow-era Louisiana.

But, he emphasized, writing is not just about having good material:

Content is probably only 40 percent of it, no more than 50 percent, as far as I’m concerned … If a book doesn’t have form, then damn, it ain’t no novel. We can go down the block right now and find a guy on the next corner who’ll tell the biggest and truest story you can ever hear. Now, putting that story down on paper so that a million people can read and feel and hear it like you on that street corner, that’s going to take form. That’s writing…

Once upon a time, Bernadette was a rising ingenue in the architecture world, with a knack for quirky science-fiction designs and looking dazzling in old photographs (the bangs and artfully dangled cigarettes help). Her career was then sidetracked by a catastrophe that the movie withholds until far too late in the process. By the time we catch up with her, she has become a fierce recluse. Living in a damp and vine-riddled hilltop Seattle manse that she keeps up like some horticulturally-minded relative of the Addams Family… 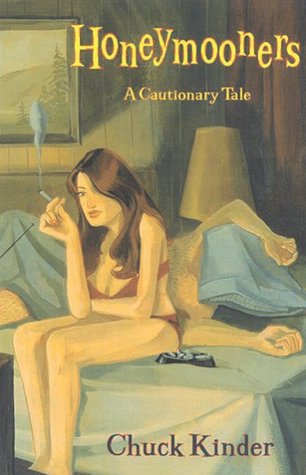 Chabon, who studied under him in the 1980s at Pitt and published Wonder Boys in 1995, spoke with the San Francisco Chronicle in 2001 about Kinder’s role in inspiring the character played by Michael Douglas in Curtis Hanson’s 2000 film adaptation: “I remember peering into his office and seeing this monolithic pile of white paper–the inverse of the monolith from 2001–under his desk lamp. In my memory, it was 4,000 pages long. He was proud of how big a bastard it was…

Kinder eventually wrangled the beast into the quite svelte 360-ish page novel Honeymooners after a mere two decades or so. 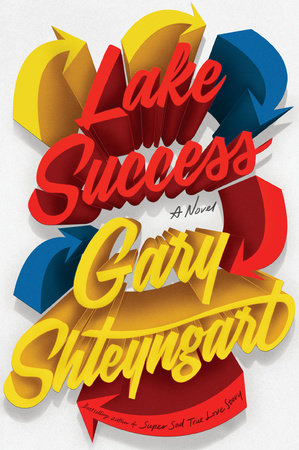 My review of the new Gary Shteyngart novel is at PopMatters:

One gets the sense from the start of Gary Shteyngart’s Lake Success that this is going to be something of a status report on the nation. And it’s not just because of Trump. Barry Cohen, the doofus we’re stuck with throughout, stumbles into Port Authority bleeding from his head and trying to get a ticket out of town. A fund manager with $2.4 billion in assets wearing a Citi-branded Patagonia vest over his Vineyard Vines shirt, he’s not a bus station type but nevertheless is feeling like he needs to go off the grid. No NetJet from Teterboro or Acela train for Barry…

One of the book’s chapters was excerpted at the New Yorker. 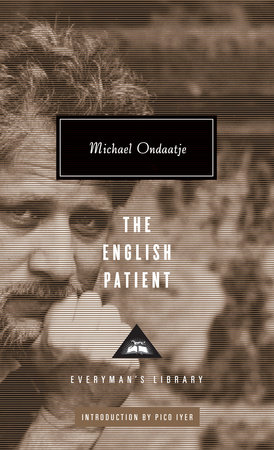 Michael Ondaatje doesn’t work fast. He spent six years on his seminal novel The English Patient—which actually just won the Golden Man Booker Award (meaning it was the Booker Award-winner of the past 50 years). That is in part because he likes to drown himself in the material.

Per this interview from BookPage, Ondaatje prefers to get outside of himself and what he knows:

He was talking about his novel Anil’s Ghost. That one took seven years. Escaping into a new character and a new world takes time. But the immersion is worth it if you want to write something great. 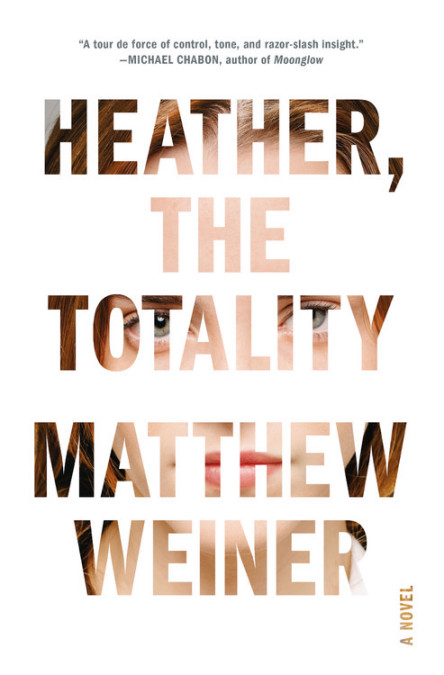 In this novel from Mad Men creator Matthew Weiner, the lives of a spiritually deadened uptown Manhattan family intersect with the downward trajectory of a New Jersey convict who never had a chance.

My review of Heather, the Totality is at PopMatters:

Nobody will finish this novel remembering a sublime fillip of dialogue or splash of lovely description. They are more likely to snap the book shut about three or so hours after picking it up—and they almost certainly will fly through it at that speed, because this thin blade of a book has a wicked magnetic pull—and pour themselves a couple fingers of something strong. To steady the nerves…

You can read an excerpt here. 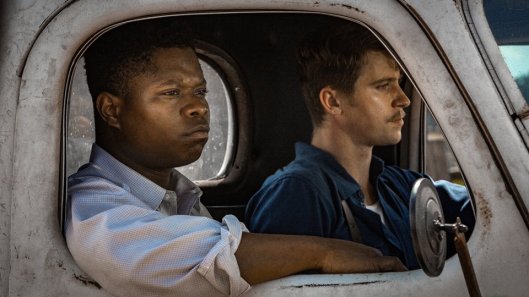 The historical melodrama Mudbound has been making the festival rounds, from Sundance to the New York Film Festival. It’s due on Netflix and in select theaters on November 17.

A surprisingly assured big-canvas effort from director Dee Rees (Pariah, Bessie), Mudbound is adapted from Hillary Jordan’s 2008 novel about two families, one white and one black, who find themselves unwillingly bound by land, happenstance, poverty, and the persistence of persecution in the Jim Crow South. The Jacksons are a family of black sharecroppers who have to adjust to their new white landowners, an unsure bunch known as the McAllans whose various missteps (intentional and accidental) lead to bloody tragedy… 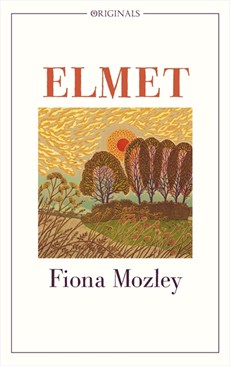 Among the books listed for the Man Booker Prize 2017 were familiar names like Arundhati Roy, George Saunders, Colson Whitehead, and Zadie Smith.

New to the list was Fiona Mozley, a 29-year-old bookseller from York whose debut novel, Elmet, hasn’t even been published yet. According to her editor, Mozley wrote the story while commuting on the train.

To be longlisted is an impressive achievement for anyone but for a debut author who wrote Elmet while travelling up and down to London from York on the train is just amazing.

This might be tricky if you take the New York subway to work (fewer seats, after all), unless you’re one of those dictating writers. 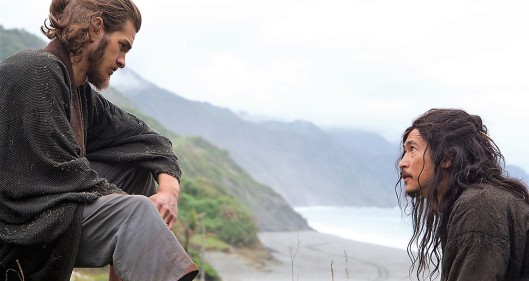 A spiritual epic of the kind he hasn’t tried since Last Temptation of Christ, Martin Scorsese’s Silence is playing now in limited release and should be expanding nationwide soon. My review is at PopMatters:

…with his long-gestating adaptation of Shūsaku Endō‘s 1966 novel Silence, Scorsese returns to a scenario where souls are lost and seeking answers. Set in 17th-century Japan, a world distant from his usual contemporary American settings, the movie presents characters who willingly undertake punishments as brutal as anything experienced by the great martyrs of his early work, from Jake LaMotta to Jesus Christ… 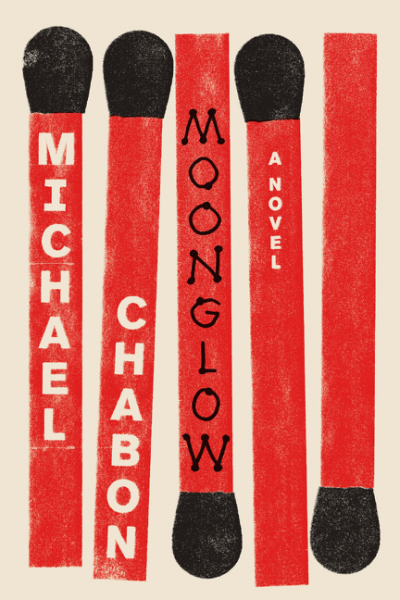 My review of Michael Chabon’s latest novel, Moonglow, which is hitting stores tomorrow, is at PopMatters:

Chabon starts Moonglow in a great, glowing gush of reminiscence and incident. The narrator character that he has created for himself adheres to the broad outlines of his biography, though one who keeps himself surprisingly small in the background; no Philip Roth-ian excavations of the self to be found here. Instead, Chabon places himself at the bedside of his grandfather who is near death in the late-‘80s. This is just after The Mysteries of Pittsburgh has come out, and Chabon is there to hear the tales of his grandfather’s life. They come pouring out in a rush, “Dilaudid was bringing its soft hammer to bear on his habit of silence”…

November is only a couple days away. And you know what that means: time for National Novel Writing Month!

Pretry simple: 50,000 words in 30 days. Easier said than done, of course, but therein lies the challenge.

So get started! That sci-fi romance series or timely political satire you’ve been pondering won’t write itself… 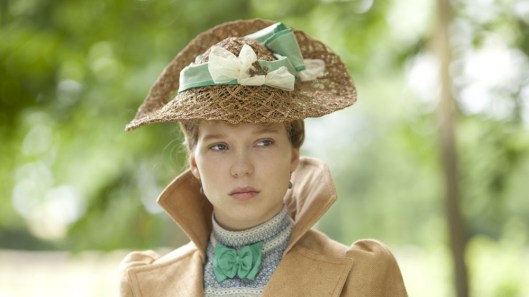 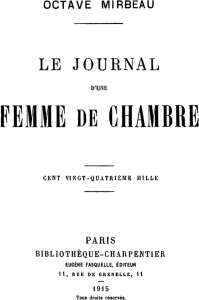 In Octave Mirbeau’s scandalous 1900 novel, Diary of a Chambermaid, he uses the exploits of a canny maid unencumbered by bourgeois morality to satirize the hypocrisies and power games of French society. It’s been filmed a couple times, most famously by Luis Bunuel with Jeanne Moreau in the title role.

Benoît Jacquot’s new version stars Léa Seydoux (Blue is the Warmest Color) and is playing now in limited release. My review is at Film Journal International:

The loathsomeness of humanity is so thickly painted in this latest adaptation of Octave Mirbeau’s satirical novel that by the time anti-Semitism and murder rear their head, they almost can’t bring the film’s opinion of its characters any lower. That isn’t to say that director BenoîtJacquot doesn’t relish watching his players scheme and plot their way around hard work or simple decency. In this world, fin de siècle French society is a rigged game. Those not born to its few crucial advantages of money or place have to do what they can to survive. Of course, many don’t put as much into that struggle as his manipulative heroine Célestine (Léa Seydoux), who hasn’t met a corner she didn’t cut or an angle she didn’t play…

The Revenant, the new film from Alejandro G. Iñárritu (Gravity, Birdman), is a revenge epic based on Michael Punke’s 2002 novel and starring Tom Hardy and Leonardo DiCaprio. 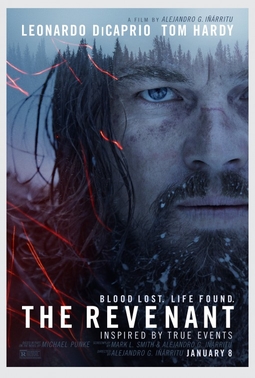 It’s opening on Christmas Day in limited release and will expand wider in January. My review is at PopMatters:

A spiritual view of the natural world clashes with the animalistic drives of a fallen humanity in Alejandro Gonzalez Inarritu’s operatic wilderness survival tale,The Revenant. This freewheeling adaptation of Michael Punke’s novel about fur trappers, Indians, and soldiers tangling in primal ways on the Western American frontier in the 1820s stretches the limits of endurance in more ways than one. Inarritu’s film pushes against known boundaries of art, suffering, and revenge tale…