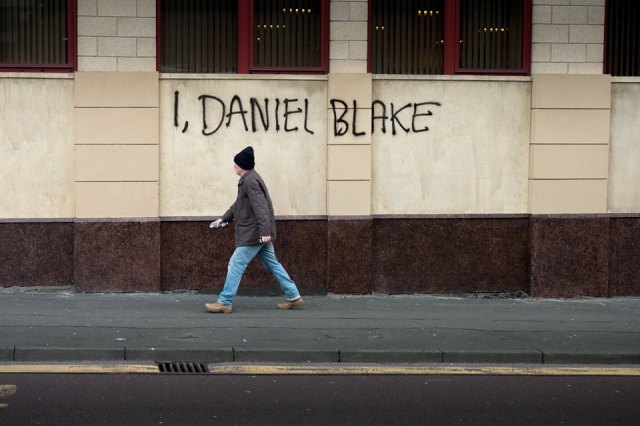 In Ken Loach’s searing new drama, an out-of-work carpenter fights to keep his humanity and a shred of dignity after being thrown into the Kafkaesque world of the UK’s social services bureaucracy.

I, Daniel Blake is playing now in limited release and is worth seeking out. My review is at PopMatters:

In many ways, I, Daniel Blake is as shamelessly manipulative as the most reductive romantic comedy or melodrama. Daniel might be the single most decent and loveable human being to grace a movie screen during the whole of 2016. At his side is a similarly decent single mother whose tearful travails are the stuff of a 19th-century immigrant’s saga. Together they contend with petty bureaucrats who never miss an opportunity to let their rulebooks and prickly egos keep them from doing their jobs. It’s David versus Goliath, only David doesn’t use a slingshot because he’s just too nice a bloke…

Here is the trailer.